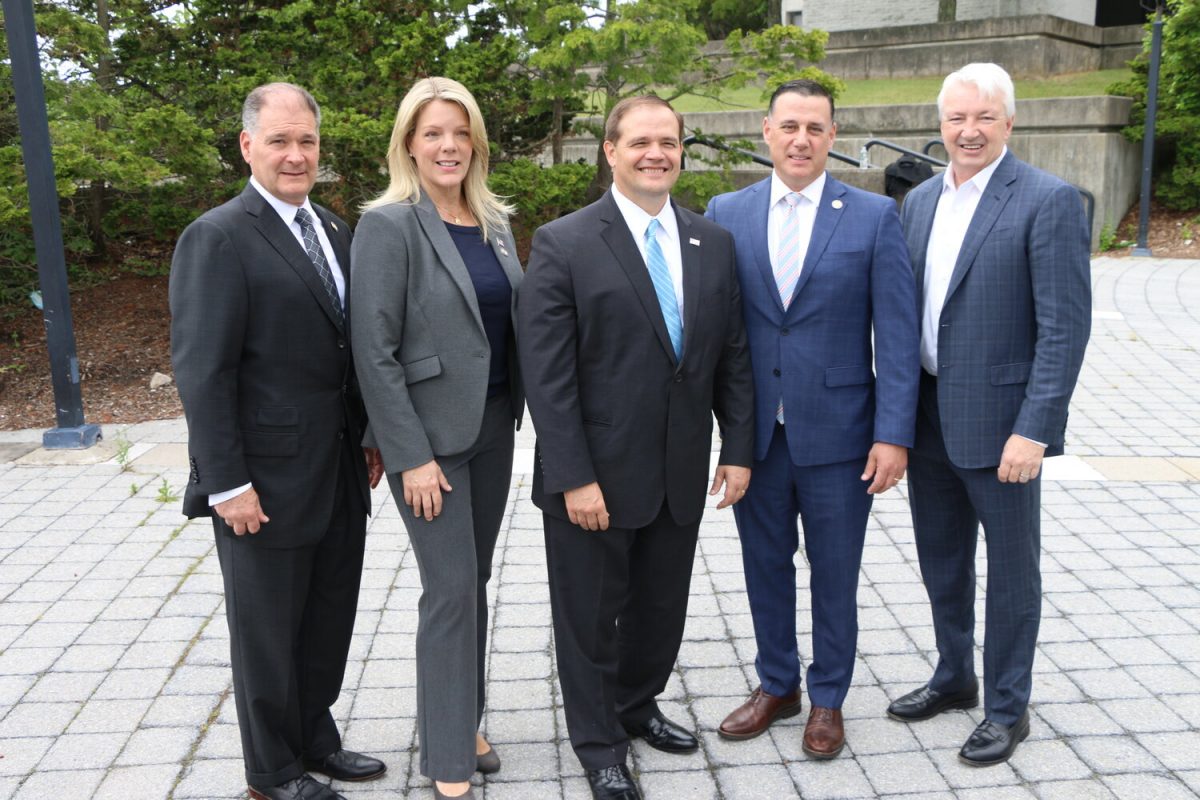 Ray Tierney (center), Republican candidate for Suffolk County District Attorney, attended a press conference in Riverhead on June 4 that was held by the Suffolk County contingent of New York State Republicans, including (left to right) Mario Mattera, Alexis Weik, Anthony Palumbo and Phil Boyle, all of whom spoke out against the New York liberal Democrats’ bail and parole reform measures, which will let even more dangerous criminals out on the streets.

When the Democratic Party assumed control of both houses of the New York State Legislature in 2020, their first act was bail reform. By allowing those accused of all but the most violent crimes to go free without posting bail, crime has risen throughout New York State and Suffolk County.

In Suffolk County, from 2019 to 2020, homicides were up 25% and motor vehicle thefts were up 50%. Residential and commercial burglaries went up as well, from 900 in 2019 to 973 last year. These increases occurred, despite stay-at-home orders. Meanwhile, identity theft shot up 85% across the state last year.

Ray Tierney, Republican candidate for Suffolk County District Attorney, says the Democrat-controlled state Senate and Assembly are now looking to reform the state’s parole system, which will only release more criminals. Proposals include releasing longtime prisoners 55 years old and over and those already eligible for parole and lessening sentences for those who violate the conditions of their parole. “Thanks to the soft-on-crime liberal Democrats, there will be more of New York’s most dangerous, recidivist criminals back on our streets,” he said. “Crime is already spiraling out of control and our neighborhoods are becoming less safe.”

Liberal lawmakers have even introduced a bill that would wipe away past criminal records, including those convicted of felonies. “At a time of mass workplace shootings and sexual assaults, this will hamstring employers who use criminal background checks to help keep their employees safe,” Mr. Tierney said. “Democrats are appealing to the most liberal elements of their party and are blind to the impact it is having on law enforcement, prosecutors and the safety of our communities. Our current DA has been silent as his Democrat colleagues push their liberal agenda. I will stand up for victims and the safety of Suffolk residents.”