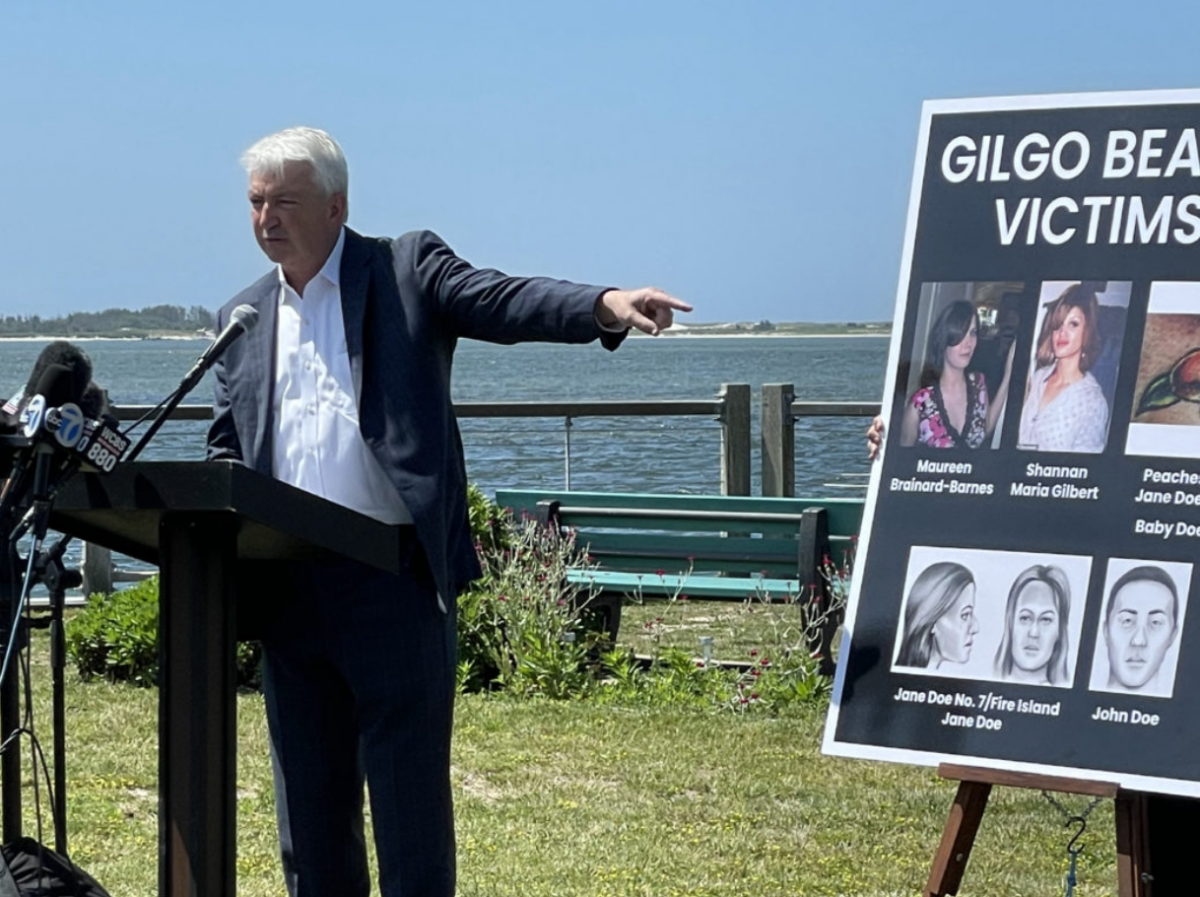 Ray Tierney, Republican candidate for Suffolk County District Attorney, says he supports New York State Senator Phil Boyle’s demands to bring in a special prosecutor to look into the murders that occurred at Gilgo Beach and remain unsolved to this day.

On June 28, Senator Boyle held a press conference at Oak Beach County Park to demand answers from Suffolk County officials regarding the investigation into victims found near Gilgo Beach. At the press conference, he spoke about the criminal case involving former Suffolk County Police Chief James Burke and the coverup that took place the following three years by Mr. Burke, and by then-District Attorney Thomas Spota and Mr. Spota’s aide, Christopher McPartland.

Suffolk County Executive Steve Bellone, a Democrat, failed to immediately fire Mr. Burke at that time and the murders remain unsolved. Senator Boyle has stated that the residents of Suffolk County need to know whether or not Mr. Burke was involved and if the police did enough in its investigation of the murders. Mr. Tierney said the political corruption within law enforcement and county government, along with the lack of supervision of Mr. Burke, has contributed to these murders going unsolved.

“This is what happens when you hand key positions in county government to a political operative like Tim Sini,” Mr. Tierney said. “Jimmy Burke was able to flourish due to the culture of corruption that exists in Suffolk County government. Tim Sini contributed to that culture of corruption when, as Deputy County Executive in charge of Public Safety, he refused to act for 16 months and allowed Mr. Burke, Mr. Spota and Mr. McPartland to operate with impunity within the county. His reward for such negligent inaction was an appointment as SCPD commissioner, a job for which he was grossly unqualified.”

Mr. Tierney said that, now as District Attorney, Mr. Sini has systematically eliminated all outside oversight into the investigation of these murders, which is particularly egregious in a case like this, and where the list of potentially involved parties includes many public officials with significant ties to Mr. Sini. “This case needs outside oversight to ensure that it is not business as usual in Suffolk County and the people of Suffolk County need a strong, independent voice fighting to keep them as their District Attorney,” he said.

“We need a special prosecutor that is willing to take a proactive approach to these cases and find out who is responsible,” Mr. Tierney said. “It’s sad for the families of these victims that they go on unsolved. The public should be concerned there is still likely a serial killer still on the loose. It is clear there is very little confidence in the county executive, the police department’s and district attorney’s leadership in apprehending and prosecuting the perpetrator of these heinous crimes.”